Scotland has long been a top holiday destination – after all, it has mountains (most famously, Ben Nevis, the UK’s highest peak), valleys and lochs (and the Loch Ness Monster, obviously), tiny, traditional villages, sprawling cities and everything in between. While trendy Glasgow’s star has recently been on the rise, it’s still no match for Edinburgh. Steeped in history, with a thriving night life, regular festivals and a growing reputation as a hub for alternative culture, Scotland’s capital has something to offer everyone.

It might sound like a city with so much to offer would make for a budget busting break, but it needn’t be so – there’s plenty of fun to be had in this cultural capital cheaply or even free. Here’s out definitive guide to having a great time in Edinburgh on a budget.

How to get there

By Air
It couldn’t be easier to make your way to Edinburgh. Edinburgh International Airport is the busiest airport in Scotland, welcoming dozens of flights a day from both London and Newark, just outside New York, making it an ideal destination from continental Europe, England and the United States. Budget airline EasyJet is one of the major carriers on the London to Edinburgh route; booked only a short while in advance, you can find a return flight for as little as £50-60.

By Train
Edinburgh Waverly is the city’s main rail station and a major hub for travel to the rest of the country – trains arrive from Glasgow every 15 minutes, plus there are regular services to Inverness and Aberdeen as well. Edinburgh Waverly is easy to reach from London’s Euston station, and an advance fare is cheap at about £15-20.

For a different experience you could even travel on the famous Caledonian sleeper service, which takes about eight hours for an overnight journey. You book up to a year in advance, so with proper planning you can take advantage of the cheapest fares, at just £23 for a single ticket.

By Bus
Still too much? Luckily for us, Edinburgh is incredibly well served by buses. You can get there from London in under 9 and a half hours, and booked with enough time before you travel, you can grab your seat for only a token fare of £1 with Megabus and £3 on the National Express. The rickety old buses of the past have long been replaced with comfortable, air-conditioned coaches, and with free wifi often available onboard, you’re basically travelling for free!

Also, don’t forget about the various carpool options available online these days. BlaBlaCar, Liftshare and Carpool World are the major players, offering you the chance to get to know some fellow travellers as you whizz along the motorway on your way to the capital city, all for a budget price.

Edinburgh is a busy, bustling city, but it packs a lot into a small space. A compact capital , you can get around most of Edinburgh for free by walking. The major tourist areas are all along the Royal Mile, which you might have guessed, is a mile long, meaning you can easily walk its length and take in all the sights on foot. It’s also easy to reach the city centre and the historic old town by walking from surrounding areas such Leith.

Alternatively, Edinburgh has many, many cycle routes, form quiet scenic routes to city centre shortcuts. Either bring a bike if you’re travelling to Edinburgh by train or car, or rent one when you arrive. There are plenty of options for hiring a bike, which could set you back as little as £10 for half a day.

Don’t fancy all that exercise? Good for you that there’s a great public transport network then! Trams are a quick and convenient way to criss-cross the city – single tickets are only £1.60, but if you’re planning multiple journey throughout the day, you can get a 24 hour pass granting you unlimited journeys for just £4. Bargain! Also don’t forget good, old fashioned buses. Lothian Buses will get you everywhere you need to go within the city and like the tram, a single fare is only £1.60, and the £4 daily saver ticket covers you buses as well, so you’ve got two modes of transport at your disposal for the price of one.

Edinburgh is a city where you can’t move for historical and cultural attractions, and most of them are more affordable than you’d think. 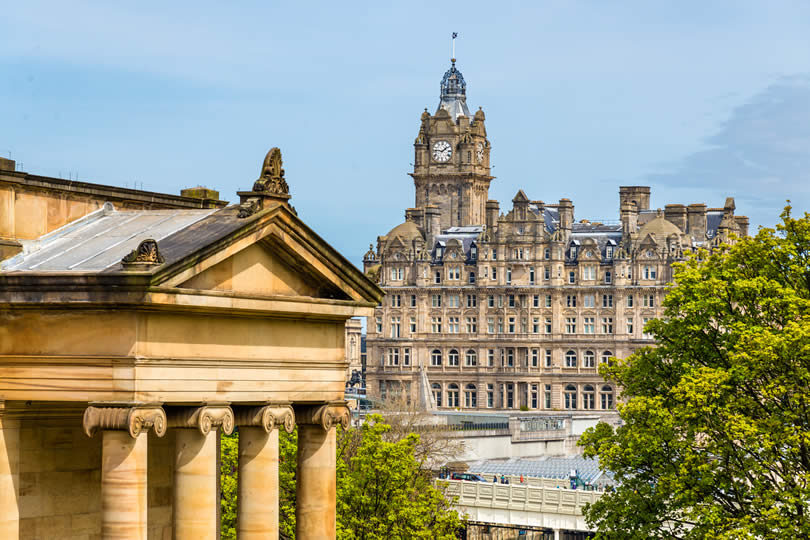 Museums more your thing? Not to worry, Edinburgh has plenty of those, too. The National Museum is located in the heart of Edinburgh and is a cavernous, multi-level building full of things to keep you occupied. Whether it’s fun, interactive exhibits to keep the kids entertained or special displays on Ancient Egypt and even full size skeletons and a collection of fossils, there’s enough inside to pique your interest for a full day. Like the National Galleries of Scotland, the National Museum of Scotland and the National War Museum of Scotland, where you can learn more about the country’s military history, are open seven days a week, and the cost of admission is free.

You won’t do much better than that for a cheap day out. for a different take on life in the city from it’s foundations up to now, be sure to check out the quirky People’s Story Museum just off the Royal Mile. It’s packed full of displays with full sized models demonstrating just what life in Edinburgh used to be like. It’ll transport you back in time, if for only a couple of hours, and like many of the other major museums, entry is free.

We’d be remiss if we gave you a guide to the best of Edinburgh and left off Edinburgh Castle. Sat high on a hilltop, staring imposingly down at the city, Edinburgh Castle is breathtakingly beautiful, and offers stunning views over the city too. Tickets are £17, with enough inside to keep you occupied all day long. 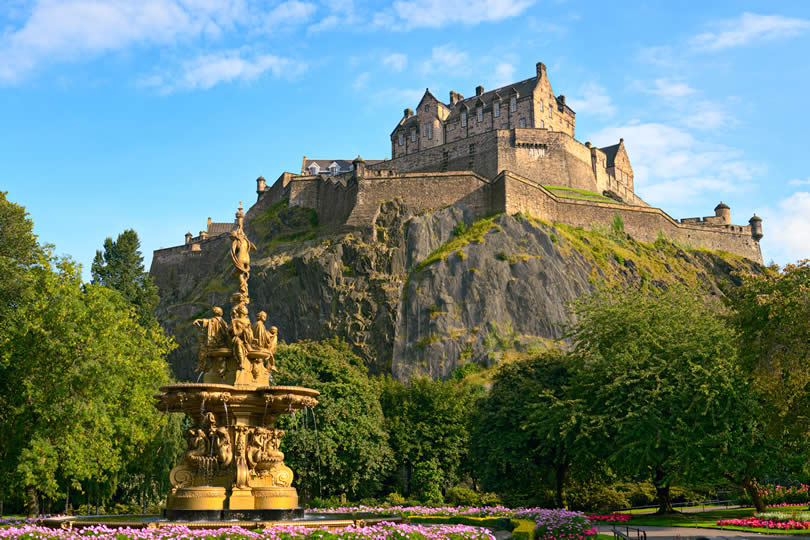 Don’t forget to get your exercise during your stay! Arthur’s Seat is a beautiful mountainscape with lakes, ruins and a variety of hiking trails. It only takes an hour or two to reach the summit and of course, it’s completely free – just don’t forget to take your camera for the obligatory ‘made it to the top’ selfie.

Eating and drinking in Edinburgh

Edinburgh’s been busy earning itself a reputation as a bit of a foodie’s paradise, and it’s not undeserved. Better yet, eating out here needn’t break the bank. For a tasty breakfast or brunch out, look no further than one of the city’s many busy little cafes, like the well-loved Papii, or Deacon’s House Cafe. Both serve hot and cold food and some gourmet coffees and teas and, in keeping with Edinburgh’s reputation as a great place to head for non-meat eaters, both have a great range of vegetarian and vegan options. for lunch or dinner, veggies will also found plenty of choice at dough Pizzeria, which some visitors claim serves the best pizza in Scotland!

Swinging the pendulum in the opposite direction, meat lovers won’t want to miss Oink on Victoria Street. There are a range of meaty burgers on offer, including of course the ever popular pulled pork burger, or you could go the whole hog and tuck into a traditional hog roast! Plus, Edinburgh has many, many pubs offering food, for cheap chains like Wetherspoons to award-winning gastro pubs.

The Jolly Judge Pub and The Black Rose both serve traditional Scottish cuisine alongside standard pub grub like burgers and fish and cheaps for a more than reasonable price. Be sure to imbibe a local beer or cider to wash down your meal, too.

Where to stay in Edinburgh

There are a range of places to stay in Edinburgh and you’ll find something to suit all budgets. Air BnB is a popular option, with either rooms to rent or whole apartments available all over the city. The cost of a cosy double room in walking distance of all the best amenities can set you back as little as £15 a night.

If you prefer the traditional hotel experience, book in advance to bag your bed from £30 a night – Travelodge have four hotels in convenient locations in the city and offer great rates with notice and even if you rock up on the night. Add to the mix friendly bed and breakfasts and guesthouses in the foothills of the mountains and you’ll find plenty to choose from that’s easy on the eye and the pocket.

Budget travel in the Scottish Highlands

Inverness Scotland: 10 Easy Ways to Save

5 Extraordinary Places to Visit in Scotland

Things to do in Pitlochry Scotland

Aberdeen 10 Ways to Enjoy on a budget