The West Midlands is bordered by several historic counties such as Warwickshire with its Shakespeare connections, picturesque Worcestershire, and in the northern part of Staffordshire, extensive moorlands and the famous Pottery towns of Stoke-on-Trent. With such variety, maintaining a budget for a cheap holiday is easy!

The metropolitan county of the West Midlands contains a mixture of culturally diverse cities, and countryside that includes twenty-three Sites of Special Scientific Interest, such as Sutton Park in Sutton Coldfield. It’s ideal for the budget conscious traveller, whether you want to enjoy nature at no cost or vibrant city life with cheap options.

The county’s three major cities are Birmingham, Wolverhampton and Coventry.

Birmingham is England’s second city and the region’s biggest. The centre can be explored on foot, with no shortage of places for cheap meals and snacks along the way.

If you’re on a tight budget, try one of the many institutions that only charge for special exhibitions, like the Museum and Art Gallery on Chamberlain Square. It boasts the finest Pre-Rahaelite collection anywhere, modern and contemporary art, Egyptian, Greek and Roman rooms, a two metre tall Buddha, and a mini museum to entertain and educate the under-fives. To view an international display of art in various media, head for the Ikon Gallery in Brindley Place.

Stick to your budget with a free guided tour of St Phillip’s Cathedral. Built in 1715 as a church, this grade one-listed structure in the English Baroque style contains many gems, including stained-glass windows by Edward Burne-Jones. Birmingham’s renowned Jewellery Quarter, with more than two hundred listed buildings and the only remaining Georgian square, goes back over two hundred and fifty years. Some five hundred companies still trade here, and although it’s not the place for cheap trinkets, it’s fun to browse. 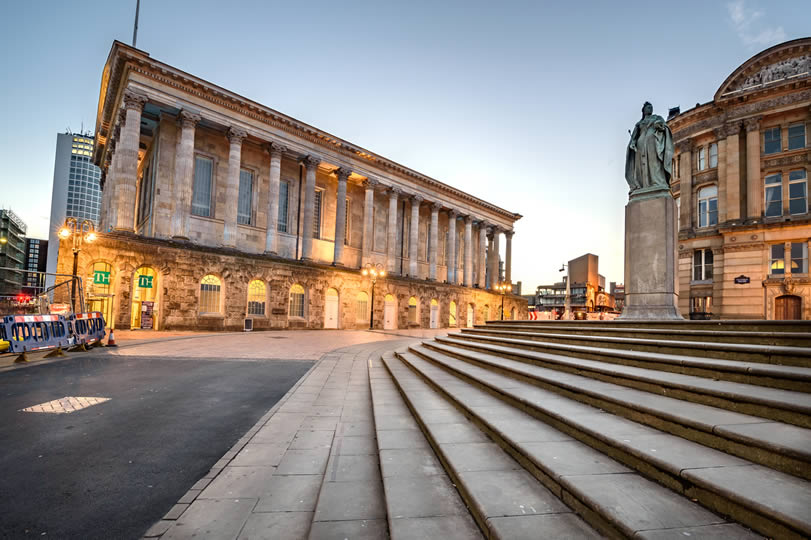 Cadbury World, a short train ride from Birmingham, is fascinating but isn’t cheap, so instead take a stroll round Bournville Village, built by the firm for their workers in 1879. Green spaces abound both around and within the city, with the suburb of Edgbaston being home to the Botanical Gardens and Glasshouses. Follow seasonal walks and plants, or relax and listen to music at the bandstand.

Situated north of Birmingham and on the edge of the West Midlands, Wolverhampton was named after its founder of 985 AD, Wulfrun. Its free Victorian art gallery houses work from a three hundred year period (including a comprehensive Pop Art section). North of the city at Fordhouses, Moseley Old Hall provided temporary sanctuary to Charles II, fleeing to France after losing the Battle of Worcester in 1651. Admission prices to this Elizabethan farmhouse and knot garden are quite cheap. Even more pleasing to those on a budget, the Royal Air Force Museum at Cosford in Shropshire allows you to inspect decommissioned planes in WWII hangers at no cost.

Open spaces are always popular, especially for visitors on a low budget, and there’s plenty of choice around Wolverhampton. The centrally-situated West Park, with its heated conservatory, is one of the finest remaining examples of an unspoilt Victorian park. One of the first to develop sporting facilities, it still offers some today, together with a boating lake and children’s playground. Smestow Valley Local Nature Reserve’s fifty hectares of scrubland, meadows and woodland takes it close to the Staffordshire and Worcestershire Canal. It’s perfect for nature-lovers, photographers, walkers and cyclists, who can make use of the old railway trackbed. 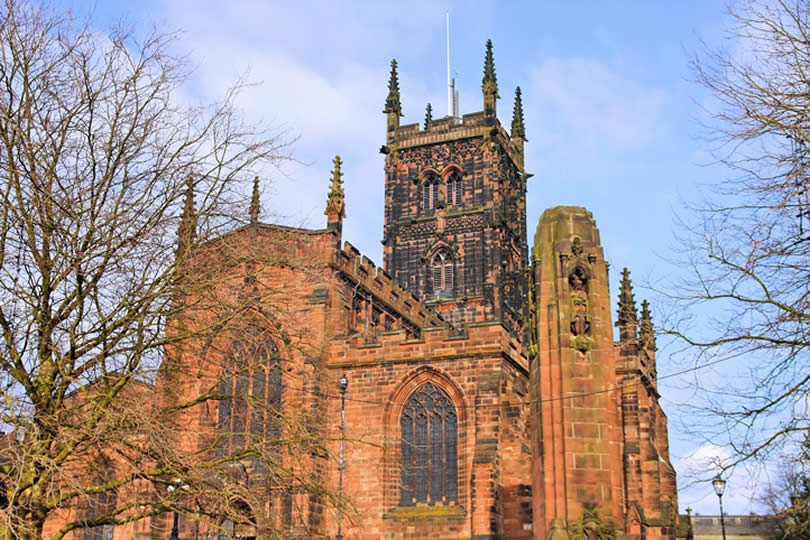 Six miles east of Wolverhampton, Walsall is part of the Black Country. The stunning New Art Gallery, opened in 2000, was architect-designed and nominated for the RIBA Stirling Prize. Art lovers on a budget can view great artists of the past alongside contemporary work at no cost. Be sure to use the lift to hear a snatch of Noddy Holder from the band Slade!

Another free attraction that won’t deplete your budget is the Leather Museum, which celebrates two hundred years of making saddles and other goods with demonstrations and tours. To get outdoors, head for the Walsall Arboretum, which was once on the edge of Cannock Forest, a royal hunting haunt in medieval times.

Coventry is the region’s second-largest city. Heavy bombing during the Second World War destroyed its cathedral, but the beautiful New Cathedral incorporates the original St Michael’s Spire. The city walls were erected in the 1350s but stood for just a hundred years, and today only Swanswell and Cook Street gates remain.

Stick to your budget with free entry to England’s finest medieval guildhall, St Mary’s, where Mary Queen of Scots was once held. Another cheap venue with no charge is the Weaver’s House on historic Spon Street, which is set up as it would have been in 1540. Embrace the fresh air of Caludon Park to explore Coventry’s only castle ruins, the fourteenth century Caludon Castle. There’s plenty of wildlife to observe here while the kids try out the adventure playground and games area. 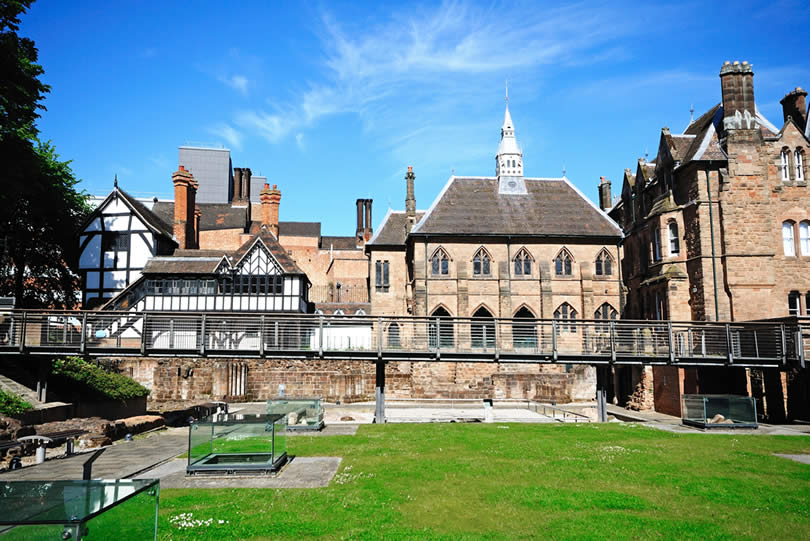 Doing Alton Towers on a budget!

Coventry UK: 10 Easy Ways to Save

5 Budget Tips to help you save in Wolverhampton UK