Manchester, in the United Kingdom, is not a quaint place, and certainly has a reputation among people living outside the UK. But it still is not as popular a tourist destination like London. Therefore, if you’re considering travelling to the city, it’s highly likely most of your friends and family would have little to offer in the form of tips and suggestions travelling to and touring the place, especially if you’re flying in from outside of England. We would like to fill some of those gaps through this travel guide.

Manchester is a fascinating city that appeals to all age groups. However, like any large city, it can be expensive if you’re on a budget. A break in Manchester, whether it’s a two-week holiday or a weekend shopping trip doesn’t have to cost an arm and a leg. Take a look at our budget tips and enjoy the north’s most thrilling city on the cheap.

5 Budget tips to help you save in Manchester

1. Cut your travel costs
Free buses are one of Manchester’s best-kept secrets. The Metroshuttle offers a choice of three routes in the city centre covering the main shopping centres, businesses, and railway stations. Follow the lead of smart locals and use this handy free service from early morning to early evening and budget for taxis at night instead.

2. Take a free walking tour
If you’re new to Manchester or if you’d just like to learn more, a walking tour of some of its most popular spots is the ideal option. There are lots of cheap walking tours to choose from as well as several that are free – well, almost.

It’s customary to tip the guide but it’s still a cheap way to learn about the Hacienda and Factory Records, the city’s suffragette movement, or the plight of Manchester during the Blitz.

3. Budget books
Who doesn’t love to get their hands on cheap books? If you’re in Manchester you can pick up cut-price paperbacks and hardbacks and discover one of the city’s most famous landmarks at the same time. Paramount Books in Shudehill has been keeping literature lovers happy since 1965. It’s a city institution and it also has a great ‘out of print’ section.

4. Eat well for less
Lots of Manchester restaurants offer taster menus, happy hour deals, and cheap dinner offers on certain nights. Check in local papers or listing magazines or look online. Monday is one of the best days to explore the city’s selection of budget-minded bars and diners.

Eat at a local hot spot like Black Dog NQ for up to 50% off the normal price. Alternatively, book a home delivery and have tasty dishes from leading eateries brought to you. When you deduct the cost of travel and the restaurant’s cover charges, it can be an incredibly cheap option.

5. Enjoy a cheap night out
Manchester is known for its thriving music scene. The Hacienda may have closed its doors but there are still plenty of venues to choose from. And, even better, lots of them are free. Check online ‘what’s on’ guides, look out for posters and flyers, or pick up a copy of a listings magazine to find pubs and clubs where you can see up and coming bands for free.

If you do have your heart set on Canal Street, entrance fees at the most popular bars are still cheap compared with London or many European cities.

Getting to Manchester UK

Almost all viable transport modes are available to reach the erstwhile industrial hub of England. You can fly into, drive, take a train, or catch a bus to Manchester. The city has the second biggest airport in England. There are several direct flights travelling into Manchester from Europe and North America.

Manchester’s motorways are sound too. If you’re driving into the city from London, the journey should take four hours approximately. The city is well-connected to other important cities and towns as well such as Leeds and Liverpool.

Express trains from London to Manchester run several times a day. The journey lasts close to three hours, coming to a halt at Piccadilly Station, a train station situated right in the centre of the city.

National Express, which is the national bus company of England, operates several buses into Manchester every day from different parts of England. In fact, there is a bus to Manchester every hour from London, Liverpool, and Leeds. Manchester’s main bus station, Chorlton Street Coach Station, is located close to Piccadilly train station, which makes hopping between trains and buses in Manchester extremely convenient.

Getting Around the City

Multiple transport modes are available in Manchester. If you do not choose to hire a car, the city’s Metrolink is always there to avail. Manchester taxis are among the most expensive transportation mode in the entire world. Taxi fares can go up to £16 for a trip within the city. So if you’re on a budget and would like to get around the city, take the train or bus. 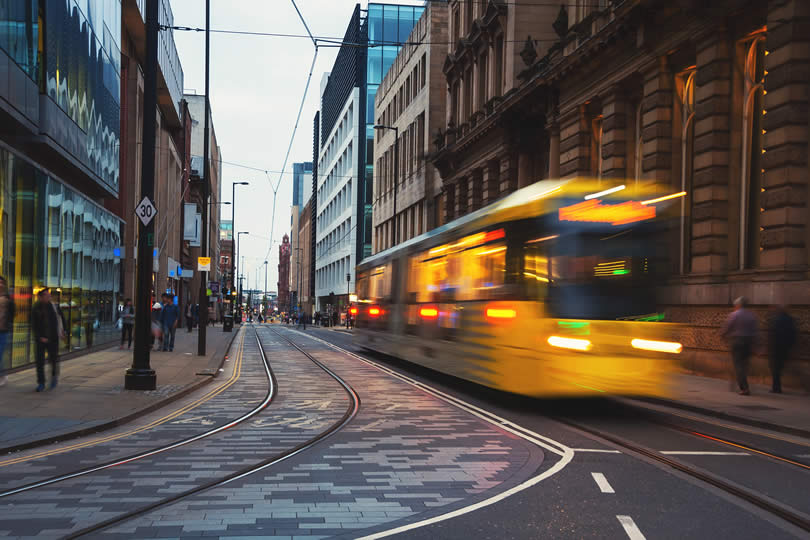 In fact, there is the option to take a bus ticket for the day (costs around £5.60), which you can use to travel the city for an entire day for no additional costs. The bus journey costs would vary based on your destination spot within Manchester, so the unlimited daily ticket can really come in handy.

If you want a little more convenience and do not mind spending slightly higher on transportation, car hire is an option. Bicycles are available for rental as well. They cost around £15 per day on rent. In case you want to absorb in the city’s true sense and culture, consider taking the free walking tour. Foot-exploring is of course the least expensive travelling method, but it also makes it easy to learn more about Manchester’s history and the city in general. These tours usually last for a few hours, and there are no advance booking requirements.

Affordable Attractions and Culture in Manchester

There are several free attractions available surrounding the city centre. There is no shortage of parks and similar green spaces if you’re looking for spots that can be visited for free. If you like shopping and food, take a stroll down Curry Mile. The street is adorned with sari shops, jewellery stores, and restaurants serving some great Indian curries.

Fans of architecture, art and history have options galore in the form of the Manchester Cathedral, Albert Square, Manchester Art Gallery, Castlefield, Town Hall, etc. If you want more shopping options, you’ve got Market Street and the Trafford Centre. 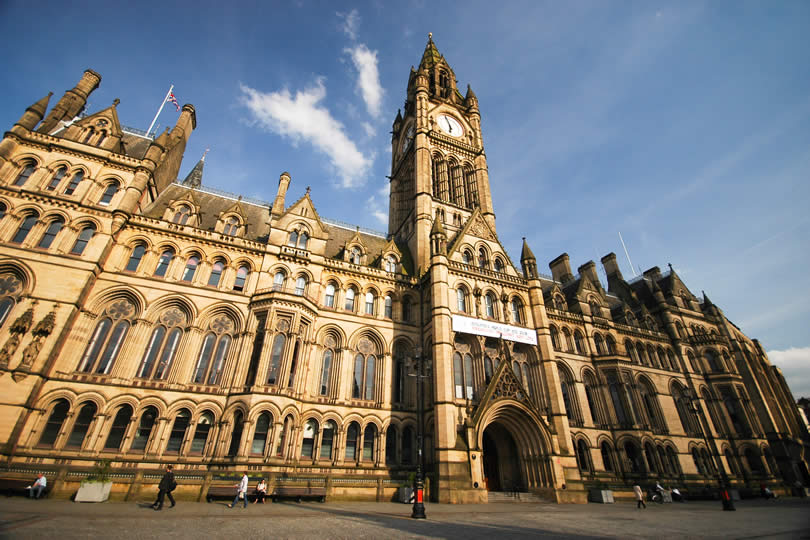 Nighthawks would be happy to know that nightlife is big in Manchester. Several big names such as Daft Punk and Chemical Brothers offer service in the city. By the way, people who aren’t too keen on dancing and would like a quieter space have options too. For whisky lovers, there is Britons Protection that offers a meal and 200 varieties of whisky to sample.

Be sure to look for cheap Manchester accommodation. The city is known for its exclusive boutique hotels but you’ll also find plenty of mid-range hotels that cater to travellers on a budget. A bed & breakfast is ideal for a weekend city break with friends while a branch of an affordable hotel chain makes a great base from which to shop at the Manchester Arndale Centre or intu Trafford Centre. It’s worth booking early, whether you’re planning a short trip to catch one of the city’s famous football teams in action or a family holiday.

Manchester, though not as expensive as London, is a costly city to tour around or lodge in. If you’re looking for budget hotel options, you’ve got quite a few options in the form of rooms, cheap hostels, hotels, etc. Some low-cost options are close to the Piccadilly train station. Hostel dorms would cost £20, and the areas surrounding the Piccadilly train station have quite a few of these, with most offering free Wi-Fi also. In case you want a private room, be ready to pay at least £45 per night.

There are several campgrounds as well, but they are located on the city’s outskirts. If you have a car and also a tent, campground space would cost anywhere between £10-20 per night. Budget hotels with a private double room would start at £45, inclusive of free Wi-Fi and breakfast. Airbnb is an option if you’re looking for a hotel room-like setup but for a cheaper cost. Shared accommodation aren’t many but if you manage to find a few, they would set you back by close to £18 per night.

Carlisle UK : a budget guide to help you save