Save on a Trip to Lincoln UK

The East Midlands city of Lincoln is a true British gem. Whilst most visitors flock to London, Canterbury, Oxford, Bath or York when they want to visit a historic British city, the smart folk go to Lincoln.

The history of this city stretches back over 2000 years and in this time it has been a key location for Roman, Saxon, Viking and Norman settlers. In the Middle Ages Lincoln was one of the most important cities in the England, hence why a copy of the Magna Carta was sent here. In the industrial revolution Lincoln was an engineering hub, which explains why the town was, and still is, an affluent and refined city. Today the city still has a strong engineering industry and is also a growing student town. 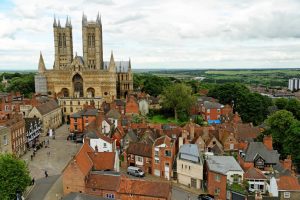 There’s much to do in Lincoln from learning about its important past to enjoying the delights of the city’s contemporary culture and food. It’s also a great place to take the kids who can enjoy a summer filled with all sorts of activities.

If you don’t have a large budget to play with then worry not, our low-cost guide to Lincoln will help you get the most from this elegant East Midlands city, without breaking the bank.

Getting to Lincoln on a budget

Lincoln is just two hours by train from London, but rail can be a pricey option if you’re not savvy about cheap tickets. Once you’ve worked out when you want to go, book your tickets as far in advance as possible, preferably through a third party train ticket provider, and choose the actual timetabled train you want. This can see you travel for up to 43% on standard rail prices. 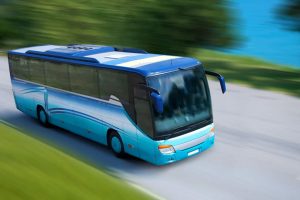 Lincoln is also served by National Express coaches, which arrive in the city from London as well as from Birmingham and Leicester. Again making reservations in advance can shave £££s off the fare.

If you think you may be buying more rail tickets or more coach tickets later in the year then consider getting a Railcard or a Coachcard for a 30% fare discount.

Getting around Lincoln for less

Lincoln is a relatively small city, with a population of just 130,000. The city centre can be very easily explored on foot. Those staying outside of the city will save money by taking a park and ride bus into town which includes free parking and a cheap return bus ticket.

Those staying out of the centre but traveling in by bus for a night out should check the times of the last bus to avoid a pricey taxi ride. If there isn’t a late enough bus always ring for a taxi rather than pick up a metered one in a busy city centre location.

Affordable attractions in the city

The city is filled with many low cost and even free attractions.

Lincoln Castle
Lincoln Castle, built on a Roman fortress by the order of William the Conqueror in the 11th century, is one of the grandest urban castles it the country. The castle is home to an original copy of the 1215 Magna Carta as well as a Victorian Prison.

There are a range of ticket options and the cheapest is to simply pay to walk the medieval castle wall, which still provides visitors with great insight into the castle’s history.

Lincoln Cathedral
Nearby is Lincoln Cathedral, which also dates from the 11th century. Those who would like to spend a lot of the time at both the castle and cathedral can buy a combined all-inclusive ticket which allows a repeat visit to both venues on a second day, allowing you to really get the most from the price.

Those on a super tight budget however should visit the cathedral before 9.00 am or after 6:30 pm, Monday to Saturday, when entrance is free.

Cathedral Quarter
Both the castle and cathedral are located within the Cathedral Quarter, the most historic and attractive part of Lincoln City. Much of the quarter’s elegance and history can be experienced for free by wandering around using a trail map from the tourist information office. One popular trail is the 1217 Battle of Lincoln Trail, another is the Jewish Heritage Trail. After you’ve wandered this small but fascinating part of town, stop for a coffee and soak up the atmosphere.

Lincoln has a very child friendly calender of events and attractions too. When it comes to letting of steam, you’ll want to head to one of the many green spaces such as the Lincoln Arboretum. The arboretum is a centrally located Grade II listed park which features lakes, fountains, gardens and a large, modern children’s play area. Not only free to enter but a great place to take a picnic and have a cheap lunch too.

Those visiting in the summer holidays will be able to enjoy the Lincoln City Beach which has come every year in recent years to the city centre. Deckchairs, Punch and Judy shows and even fairground rides are available as a great city-break antidote for families.

Culture on the Cheap

The Usher Gallery in the Cathedral Quarter is free to enter and is home to a stunning and changing collection of contemporary art.

Also in this part of town is the Harding House Gallery, situated in a 15th century timbered terrace, this artists cooperative is well worth a visit for any art lover.

Project Space Plus is a gallery and workspace located at the University of Lincoln by the Brayford Waterfront and is also free to enter. Art featured here may be student art or that of visiting artists.

As a student town there are many live music events all over the city and many of these are held in pubs that charge no entry or at least a nominal amount. Popular haunts for music gigs include the Tap & Spile and the Adam & Eve Tavern, the oldest pub in Lincoln. Those who prefer a bit of jazz may be able to catch some at the Magna Carta pub near the castle.

Food and drink on a budget

A great option for anyone looking for lunch or dinner whilst in the Cathedral Quarter is the Wig and Mitre on Steep Hill. Despite its touristy location, main meals are filling and surprisingly affordable.

If you’re prepared to take a little walk for a cheaper meal then past the castle in the northwest direction is the Greenhouse, an unassuming café in a part of town that borders the suburbs but which also happens to sell generously portioned home-cooked meals for around a fiver.

When it comes to dinner the easiest way to fill up for less is with good old fish and chips, and the best place for those on a budget is the Burton Road Chippy.

The city is also home to all the big chain names you see in every UK high street, which means it’s always fairly easy to find an online voucher such as 2-4-1 on mains for at least one of the restaurants in town.

As a student city there are plenty of ways to drink for less in Lincoln. One such option is to head to the central shopping area of the city centre between 5-7pm when happy hour is in full throttle. During this time it’s usually easy to pick up 2-4-1 cocktails at bars such as Revolution, Slug & Lettuce and Walkabout.

Drinks at the Student Union bar are cheap, but it’s only open to the public on certain gig nights. Alternatively walk out of the city centre for ten minutes to find historic pubs on residential streets serving real ale for much less than those in the city centre.

Tips for cheap accommodation in Lincoln

Lincoln is home to many hotels of every variety and cheap rooms can be booked easily by going to the well-known value chains such as Travelodge, Premier Inn and Holiday Inn.

The other option is to book a b&b slightly out of the town centre and park and ride in to town each day. Those visiting in summer could stay at a nearby campsite such as the basic but budget Hartsholme Country Park campsite, located just three miles from the city centre.

You may be lucky enough to visit the city when one of its numerous free cultural or arts events are going on. Annual treats include the Lincoln BIG Morris Festival in September, a day of regional English dance performances.