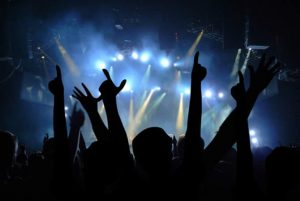 Not many b&b’s are located very close to Manchester Arena. Most bed and breakfasts are a short drive away, but offer free car parking.

If you wish to stay close to the arena, you can always look for hotels offering breakfast included rates. Many of these hotels with breakfast are very affordable and are a good alternative to a traditional b&b or guest house.

Located in central Manchester, My-Places Central Apartments come with free WiFi and spacious living areas. They are ideally located just of Piccadilly Gardens. Each My-Places apartment has a stereo system or audio station, and a... read more

This modern, 4-star hotel is opposite the AO Arena and Manchester Victoria Rail Station. The property offers a fantastic swimming pool, a gym, and rooms with LCD satellite TVs. With large windows and views over... read more

Just off Piccadilly Gardens in Manchester city centre, this hotel offers budget rooms a 3-minute walk from the main shopping district. Piccadilly Rail Station is a 5-minute walk away. Some rooms at Merchants Hotel have... read more

Overlooking the central Piccadilly Gardens, Gardens Hotel is a 10-minute walk from Piccadilly Rail Station. It has free Wi-Fi, and guests can make use of a 24-hour front desk. Each of the bright rooms has... read more

In the heart of Manchester, this hotel is just 600 metres from the Manchester Arena. Holiday Inn Express Manchester City Centre Arena has a 24-hour front desk and modern rooms with Wi-Fi access. The bright,... read more

QuickSpaces Heart of the City

Quickspaces QuickSpaces Heart of the City offers this contemporary 2-bedroom apartment in central Manchester. A 7-minute walk from the Arndale Centre, this apartment has free Wi-Fi, and on-site parking can be reserved. A modern kitchen... read more

Featuring a bar, Mulligans of Deansgate is set in Manchester in the Greater Manchester region, 500 metres from John Rylands Library and 500 metres from Royal Exchange Theatre. This property is located a short distance... read more

Deansgate is a 2-minute walk away and Manchester Victoria Station is 350 metres away. Free WiFi is available throughout the property. The building has swimming pool, gym and hot tub available for guests to use.... read more

Featuring free WiFi throughout the property, Motel One Manchester-Royal Exchange offers accommodation in Manchester, 400 metres from Deansgate. Guests can enjoy the on-site bar. Each room at this hotel is air conditioned and is equipped... read more

Set within 400 metres of Greater Manchester Police Museum and less than 1 km of Chetham's Library in Manchester, Panache Suite by Copper & Blossom offers accommodation with a flat-screen TV. There is a fully... read more

The Orchid by Copper & Blossom

The Orchid by Copper & Blossom features accommodation situated in Manchester, less than 1 km from Canal Street and 1 km from Royal Exchange Theatre. Each unit comes with a sofa, a seating area, a... read more

The Park Crescent Hotel is among the best b&b’s in the city. The property is located south of Manchester city centre not far away from the famous University of Manchester.

Guests will have an easy time accessing the city centre as there is a bus stop 200 metres from the Hotel serving the railway station of Manchester Piccadilly and of course the city centre. The owners offer a perfect b&b accommodation style with modern and nicely furnished rooms with breakfast included*. Read More

Abbey Lodge is an establishment of the year 1990 and ever since the Hotel has specialised in providing the best accommodation in their well sized and modern designed rooms.

Abbey Lodge is known to be a friendly traditional b&b in Manchester something seconded by most guests in the many online reviews available*. Read More

The Arena Black Lion is among the very cheap properties in Manchester. The prices here are designed to suit everyone’s budget. Located at Chapel Street, the hotel b&b is famous for offering affordable accommodation which includes breakfast.

The Arena Black Lion also provides the guests with continental breakfast and a full English breakfast at the weekend which will require an additional fee*. Read More

The Mitre Hotel is located at the base of the Manchester Cathedral, on the corner of Exchange Square and its one of the oldest facilities in the city.

The Hotel is ideal for business and leisure travellers and ideal for visitors going to the Manchester arena for a music or other event. The Mitre Hotel is a cheap accommodation option right in the heart of the city*. Read More

Holiday Inn Express is a modern and one of the most stylish accommodation options with breakfast inclusive in the city. The Hotel is located at Goadsby Road off Swan Street in Manchester City Centre.

This is an approximately ten-minute walk from Victoria rail Station and less than a thirty-minute drive from Manchester Airport. The Hotel is 15 minutes drive away from Old Trafford and Etihad stadia hence suitable for all football fans.
*. Read More

Abel Heywood is a highly recommended Accommodation option in the city from the many reviews available. This is a home for the British-inspired menu, locally brewed ales and ancient arts*. Read More

This is a modern hotel equipped with a rare blend of sleek European design guaranteeing the guests a warm experience during their stay. It is located at Mason Street.

Since the hotel is located on the border of Ancoats, fans here will be very close to the Etihad Stadium. A breakfast buffet is usually served every morning for a surcharge; however, the accommodation fee may be inclusive of the standard breakfast*. Read More

The hotel is among the accommodation options closest to the indoor Arena for concerts and other events. Located at Cheetham Hill Road, it is an ideal place to explore the attraction sites in the city centre.

The hotel is only a 4-minute walk from the Victoria rail station as well, and a 20-minute drive from the Manchester International Airport hotels. Guests here enjoy a discount on parking at the National Car Park directly opposite the hotel*. Read More

It is one of the nearest aparthotels to the Manchester Arena offering apartment style accommodation. The property is situated at Corn Exchange and is fairly budget friendly.

From the look, one will vividly see the incredible architectural design of the apartments which encompasses the beauty and tale of the iconic Grade II listed Manchester Corn Exchange. The guests are guaranteed easy access to the city centre from the property*. Read More

The property is among the nearest apartment hotel to the Arena. It is located at Dantzic Street just opposite the Printworks. City Stop is 2 miles from the Etihad stadium and 5-minute walk from the Manchester Victoria Railway Station.

Britannia Hotel is a cheap accommodation option designed in an English tradition from outside. Located at Portland St it provide a pleasant accommodation in a Grade II-listed building.

The hotel is just a few minutes walk to the city centre and the Arndale Centre. This budget friendly hotel is also excellently situated for the movement of guests around the city as it a short distance from the Manchester Piccadilly train station and music arena.*. Read More

Hatters Manchester is a beautiful backpackers hotel offering cheap b&b style accommodation in the city of Manchester. The hotel is situated at Newton Street.

The hostel is located within a Victorian building in the Northern Quarter, just a 5-minute walk from the Manchester Piccadilly rail station. Hatters Manchester is famous for its budget-friendly rates which are also breakfast inclusive*. Read More

note (*): Amenities and facilities listed are based at the time of publishing. All amenities are subject to change without prior notice. Please check latest facilities and current amenities on hotel or our provider’s website.

Where Should I Stay for budget friendly accommodation ?

Depending on how close you want to be to the indoor arena will often have an influence on the price. City centre Manchester places to stay are especially luxurious in the Deansgate area and will situate you within ten minutes walk of the ground. Slightly away from the crowds are several 3 and 4 star cheap hotels which are still located within a third of a mile.

The inner city area of Salford also offers an excellent selection of cheap properties and from here, you will be within walking distance. Popular in the city of Manchester is renting a self catering apartment for a night or the weekend.

However most hotels have a direct line to a reputable taxi service and the public transport links from here to the city centre are fantastic too. If you need to cater for any special requirements, it is advisable to contact the hotel you are considering in advance to discuss arrangements.

A good hotel in Manchester near the arena complex is the Park Inn by Radisson. The property has an ideal location just opposite the venue and Manchester Victoria Station. Another hotel near Manchester Arena is the 4 star rating Indigo Hotel.

One of the largest arena’s in Britain

The Manchester Arena is one of the largest indoor arena’s in Britain and also Europe. It was opened in 1995 and was formally the Manchester Evening News (MEN) and Phones4U. It is one of the busiest venues across the globe and attracts headline acts like Pharrell Williams, U2, Madonna, Oasis and Simply Red.

This venue also broke records in the 2010/11 season thanks to the residency of Bolton born comedian Peter Kay. More than 1 million visitors are drawn to this entertainment complex annually and it has previously been the recipient of the International Venue of the Year award. Transportation here is excellent, therefore securing accommodation in this city will give you the chance to visit the countless other attractions further afield. Manchester Arena hotels are at a ideal location to explore the city. Booked hotels offer sometimes free car parking, a swimming pool and often free Wifi. Manchester Victoria Station is within walking distance.

The 21,000 capacity Phones 4u arena has also hosted a number of prestigious sporting events in the past including Commonwealth Games events and boxing matches with stars such as David Haye and Mike Tyson. Another popular venue with plenty of accommodation nearby is the Manchester Academy, close to the University campus.

Some of the most exciting attractions nearby include Chill Factore, Band on the Wall, Cornerhouse, Old Trafford football stadium of Man Utd, Heaton park and the People’s History Museum.

Although securing rooms at a bed and breakfast will entitle you to one meal a day, there is a fine assortment or restaurants in this cultural city too. The Mongolian Grill for example in the Northern Quarter is highly recommended as the food is delicious. This all you can eat is worth every penny and offers convenient access to the high street and the best record shops in the city.

Chinatown needs no introduction and by choosing well priced b&b’s, hotels or apartments to rent in this area, you will also enjoy close access to many of the best nightclubs in the city.

Location : in Manchester on the corner of Trinity Way, Hunts Bank and Great Ducie Street. Adjacent to Manchester Victoria Station.

North general hospital, Royal Infirmary medical centre, and the large University Hospital complex site can all easily be reached. The central convention complex is within close distance as well.

Managed and operated : by SMG Europe

The nearest airport is the city’s International Airport MAN, located 10.3 miles away, and can be reached by Stagecoach Number 45 or a combination of train and Metrolink.

Nearest Hotels : to the north of the city centre, around Victoria railway station. Many Budget hotels do have a central location. A Manchester city centre hotel can be booked for a single traveller, a couple, family or larger groups. Arena hotels are within walking distance of the entertainment and concert venue.

Printworks (27, Withy Grove, M4 2BS): major leisure and entertainment complex. There are many bars and restaurants as well as a cinema.

It’s one of the world’s busiest indoor arenas and concert venue. It hosts music concerts and sporting events.