Located on the Chatsworth Estate, The Cavendish Hotel restaurants has won an AA 2 Rosette Award. The hotel offers locally sourced food and free Wi-Fi. The Cavendish Hotel, originally the famous Peacock, is located in... read more

Set in a stunning refurbished mill, SACO Derby offers apartments in the centre of Derby. Kedleston Hall is 5 km from the property. Each apartment offers a TV, a dining area and a kitchen fitted... read more

Located at junction 25 of the M1, this pet friendly Holiday Inn is 13 km from Nottingham and Derby. All rooms are en suite and have high speed internet access. Free private parking is available... read more

Holiday Inn South Normanton is located a 2-minute drive from junction 28 of the M1. It is within easy reach of Nottingham, Derby and Chesterfield, and boasts a health club with a pool and gym.... read more

This 19th-century coaching inn is situated between Matlock and Buxton in the heart of the Peak District. Located in the centre of Bakewell's historic market town, the property is easily accessible for visiting Haddon Hall,... read more

Set above the oldest public house in the Peak District village of Hayfield, this small, family-run hotel provides you with the most modern amenities, whilst still retaining its old-world charm. An ideal base for walkers... read more

Situated in the heart of Tutbury, this splendid 15th-century inn, steeped in history and full of character, boasts traditional open log fires and oak beams. Just 5 minutes’ walk away from the notoriously haunted Tutbury... read more

Opposite the Pavilion Gardens, Buckingham Hotel is just a 5-minute walk from Buxton town centre. The hotel offers traditional rooms with free Wi-Fi and a bar where can enjoy cask ales, wines and six draught... read more

Set in a 13th-century building, this luxurious hotel lies within 300 acres of private parkland, 10 minutes' drive to Derby. It has a spa, 18-hole golf courses, an indoor pool and a fitness area. Free... read more

The pentahotel Derby is located in Pride Park, within walking distance of Derby Train Station and the city centre. The hotel offers pay parking and free WiFi in all areas. It is ideally located to... read more

Within 10 minutes’ walk of the city centre, this beautifully preserved Georgian building offers free parking and the peaceful atmosphere of a country hotel. Originally built in 1756, the Georgian House Hotel is a Grade... read more

The Staff Of Life

Located in the heart of Ticknall, The Staff of Life is a welcoming 4-star country inn, housed in a Grade II Listed building, south of Derby. Rooms are stylishly decorated with en suite facilities and... read more

Just a short walk from the centre of this market town and only 500 metres from Chesterfield Railway Station, the ibis Chesterfield Centre – Market Town offers free private parking and good value. Close to... read more

The beautiful and historic grade 2 listed Greyhound Hotel forms the principal building of Cromford’s Market Place and offers free Wi-Fi and free on-site parking. A flat-screen TV is featured in each room at The... read more

On the A619, just off junction 30 of the M1 motorway, the hotel makes a great base from which to visit the Peak District, Sheffield and Nottinghamshire, with free parking and comfortable en suite rooms.... read more

In the centre of the trendy Cathedral Quarter, Jurys Inn Derby is a short walk from the main city centre attractions. The hotel features a stylish bar, modern restaurant and convenient coffee shop, as well... read more

Set in the beautiful Dovedale Valley, The Izaak Walton is a 17th-century hotel with spectacular views across the Derbyshire countryside, known for its fishing streams. A log fire and wooden beamed ceilings feature in the... read more

The 4-star Derby Mickleover Hotel, Signature Collection By Best Western is just 10 minutes’ drive from the centre of Derby. It offers free Wi-Fi, air-conditioned rooms and a leisure club including a swimming pool, sauna... read more

Located in the picturesque village of Hathersage, 10 miles from Sheffield, The George offers free WiFi. Formerly a 500-year-old inn, this Derbyshire hotel in the heart of the Peak District offers rooms featuring contemporary décor,... read more

Situated in the historic town of Belper, The Lion Hotel features a modern bar area set within an 18th century building. It is just a 4-minute walk from Belper Rail Station and offers free Wi-Fi... read more

The New Bath Hotel and Spa is an 18th century property set within 5 acres of landscaped gardens. All rooms have flat-screen TVs, complimentary high-speed WiFi, hairdryers and tea/coffee making facilities. Some rooms have a... read more

The Dog and Partridge is a 17th-century inn just a 10-minute drive from Alton Towers, situated on the edge of the idyllic Peak District with countryside views. Free WiFi is offered within the main building.... read more

Boasting views over Derbyshire and Bolsover Castle, here you can escape the hustle and bustle of city life and benefit from the peace and tranquillity of a rural yet accessible location. Formed from a derelict... read more

Windy Harbour restaurant and accommodation is in the heart of Glossopdale Valley on the B6105, at the gateway to the Peak District. It boasts panoramic views of Derbyshire, including Longdendale and the Snake Pass towards... read more

The 3-star Best Western Nottingham Derby has easy access to the M1 motorway and free guest parking. Conveniently located between Nottingham and Derby, just off the M1 at junction 25. Free WiFi is available in... read more

When you visit Derbyshire, there are many tourist attractions which include the spectacular Peak District as well as other exciting villages and towns which include Buxton, Derby and Bakewell. Moreover, there are several castle buildings such as the beautiful Dove, Matlock Bath and the Chatsworth House. In the northern side of the county, there are reservoirs such as Howden, Ladybower and Derwent. These reservoirs do provide a wide area for leisure pursuits such as cycling and walking which is part of the Peak District National Park.

In Derbyshire, Accommodation is not a problem since there is an good number of b&b as well as self-catering areas across the county. However, you should book in advance to make sure that you get a space as well as a popular destination that is within your budget.

Around Derbyshire, the properties available for reservations are mainly single rooms with bed spaces for 10 to 12 people as well as bed and breakfast inns. Additionally, the prices are entirely fair depending on the popularity of the place.

When looking for accommodation, Derbyshire is not a sleepy hollow. Therefore, if you want some night action, there’s plenty of fun and bright stars. Watch a live show, visit a spa, take in a movie, dine out in hotels, get into a groove at one of the trendy clubs or rent a b&b facility. No English destination has no local pub, and Derbyshire is no exception!

There are spectacular gardens for grown people which are filled by farmyard as well as adventure playgrounds for young kids. Therefore, everyone will have a fantastic day. Children can also enjoy feeding of animals as well as milking in the extensive woodland.

Derbyshire lies in a country land that has been uncontaminated and preserved making it an ideal place for movies which are appealing to older folks. For instance, Derbyshire was used in a film to shoot, The Other Boleyn Girl in which Scarlett Johansson is the starring.

As a result, it caused a rise in the tourism sector in the county. Moreover, Derbyshire contributed to the popularity of the region in the country. As a result, there are historical buildings which show the heritage of the area. Also, there are surrounding planes and hills which maintain the original landscape of the area. Due to that, the region can host hikes, mountain biking, cycling as well as adventure sports such as hang-gliding and rock climbing which tourists enjoy very much.

The Matlock Bath Aquarium
If you have kids who love underwater life, a trip to Matlock Bath Aquarium will be the best for them. This aquarium was previously known as Matlock Bath Hydro which is packed up with freshwater and British species. The aquarium contains terrapins, piranhas and other varieties of fish around the world. When you book a ticket to visit the aquarium, you will also get to visit the Hologram Gallery, Fossil Collection and the Gemstone.

Enjoying the Grand Prix
Spicing up accommodation in Derbyshire are the lovely four-star hotels such as the Spring Cottage Guest House and the Donington Park Farmhouse Hotel. When making reservations at such hotels and bed and breakfast facilities is cheap and popular during the Grand Prix since you will enjoy making some round trips and watch the glamorous race as well as sample the fabulous collection of the Grand Prix Cars.

Spa and Boutique Experience
As a tourist, nothing relaxes your body and mind such as a spa experience. As a result, there are many impressive spas both in the rural and urban places around Derbyshire. A spa experience can also be helpful for people who are used to hard jobs and need recuperation after a long day. There are many hotels which offer cheap spa experiences as well as well-established spas which provide cheap services which are pocket-friendly. Other than spas, there are farms which provide boutique accommodation such as the Scaldersitch. Some establishments offer swimming pools and hot tubs, a few have in-room jacuzzi.

Accommodation has never been easy. Therefore, when you visit Derbyshire, you should have in mind some of the b&b inns as well as hotels which are cheap and won’t strain your pockets. 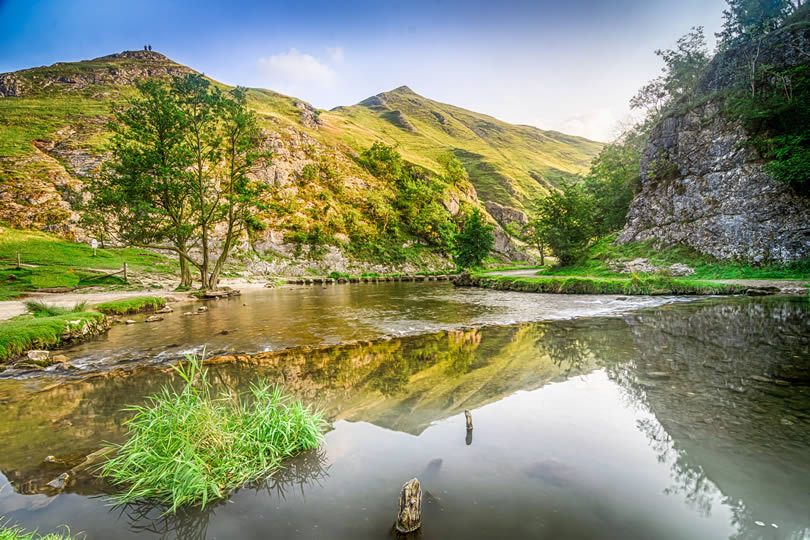 The Peak District Villages and Hiking