Best Deals and Offers for Accommodation

This hotel is just 300 metres from Cambridge Rail Station and 20 minutes’ walk from the historic city centre. It offers limited private parking and free WiFi access. This Budget Hotel is only 300 metres... read more

Peterborough by Verve offers affordable, refurbished accommodation, just 1 mile from the shops and amenities of the city centre. Free high-speed WiFi is available, and there is free public parking on site, along with a... read more

With a thatched roof and white stone walls, The Old Ferry Boat is considered England’s oldest inn. Overlooking the Great Ouse River, the rooms are tastefully furnished and have free Wi-Fi. The hotel is 30... read more

Set in its own award-winning gardens, The Haycock Manor Hotel is located in the village of Wansford on the edge of the A1 Motorway. Offering a restaurant and bar, it is 6 miles from Stamford... read more

In a quiet location, Parkview Guesthouse offers free Wi-Fi, friendly service and free parking. Cambridge Rail Station and the city centre are within 30 minutes' walk from the property, and there is a bus stop... read more

This fine listed building is situated in the heart of Cambridge. As a privately owned hotel they take pride in offering a personal, efficient and competitive service at all times. The Regent by Citystay formerly... read more

With a modern leisure centre and stylish restaurant, Holiday Inn Cambridge offers spacious rooms and free parking for 200 cars. The hotel is just off the A14 road, Junction 32 and only 2 miles from... read more

The Castle Bar ROOM ONLY

The Castle is a stylish and friendly bar, restaurant and B&B in Cambridge's historical centre. It is close to the university colleges and the punts on the River Cam. The Castle has an excellent location... read more

Hilton Cambridge is located 600 metres from the city centre, with many of the city's attractions, shopping areas, cobbled streets, architecture, the River Cam and historic colleges within walking distance. All 198 of the contemporary... read more

Boasting excellent transport links, this contemporary-style 4-star hotel is set on the outskirts of Huntingdon, just minutes away from the A14, linking to the M11 southbound and the A1(M) north. Free Wi-Fi is available in... read more

The Peterborough Marriott Hotel is opposite the East of England Showground and close to the A1. Large rooms are en suite and there are excellent leisure facilities including a pool and gym. All the spacious... read more

This traditional coaching inn situated in the quiet and picturesque village of Fulbourn, just 6.4 km from Cambridge city centre. The White Hart is extremely well-presented and enjoys a prominent location in the village, with... read more

The Lord Byron Inn is a charming pub that dates back to the 17th century. It has a restaurant, free Wi-Fi, and offers guest accommodation just over 2 miles south of Cambridge city centre. The... read more

Well placed for Peterborough and Stamford, this hotel has free Wi-Fi and free parking. The cosy bar and restaurant serves fresh food and real ale. Ideally located, The Sibson Inn Hotel is just off the... read more

This family-run hotel has an authentic Italian restaurant and free on-site parking. It is within 1.5 miles of Cambridge’s historic city centre and the train station. Rooms at the Sorrento Hotel & Restaurant each have... read more

This modern AA 4-star hotel has a gym, a spa and an indoor pool, just 5 minutes from Peterborough city centre. There is free private parking. The superb leisure centre is one of the best... read more

Just 5 minutes’ walk from Cambridge Rail Station, Centennial Hotel offers free parking, free Wi-Fi and cooked breakfasts. With a traditional restaurant, the hotel is opposite the beautiful Botanical Gardens. The 3-star rooms at the... read more

Overlooking the famous Parker's Piece, this 4-star Gonville Hotel is a 5-minute walk from the historic centre of Cambridge. Refurbished to a high standard, the hotel offers free high-speed WiFi and on site parking at... read more

Centrally situated in Peterborough, The Queensgate Hotel offers its own Mediterranean restaurant and a wellness centre. With free Wi-Fi throughout and free private parking, it is next to Peterborough Football Club. The Queensgate offers room... read more

Less than 10 minutes’ walk from Ely Cathedral, The Nyton offers well-appointed accommodation alongside a high-quality restaurant. There is free parking and Wi-Fi at this guest house, which is 30 minutes’ drive north of Cambridge.... read more

Sitting in the shadows of Ely Cathedral, Lamb Hotel dates back to the 15th century and retains its atmosphere as a thriving coaching inn. The Lamb boasts 31 comfortable en-suite rooms. Meals and drinks are... read more

In beautiful grounds 5 miles from historic Cambridge, the 4-star Cambridge; Best Western Signature Collection is just off the A14. It offers 136 rooms, a leisure club with a large indoor, 2 tennis courts, and... read more

The major accommodation options in Cambridgeshire are hotels, hostels, and bed and breakfast. There are several high-end boutique hotels on offer as well. As a general rule, accommodation costs is more expensive at city centres, especially in the heart of Cambridge, and becomes cheap at a distance from the city centre.

Hotels and hostels are aplenty in Cambridge. Cambridge has an excellent choice of hotels at all price-points. The range of hotels extends from international chains such as Premier Inn and Travelodge to exclusive boutique hotels, and from four and five star hotels to budget hotels. Cambridge city centre and other towns also offer several spa hotels, where travellers may relax and unwind after a hard day’s work.

Hostels offers an excellent alternative to hotels, especially for backpackers and budget travellers. Hostels also offer a chance to meet fellow travellers, and soak in the local culture of the region at a deeper level.

Hostels are generally cheap but is not owing to inferior quality of the space, but owing to shared facilities, including rooms and bathrooms. As such, travellers who do not mind sharing their space with others could consider hostels as an extremely cheap accommodation option.

Cambridgeshire also offers several bed and breakfast or b&b options. Bed and breakfasts off a budget alternative to hotels, and also an opportunity to live like the locals, and interact with them. Unlike hotels and even hostels, which are concentrated in the city or town centres, bed and breakfast options are spread throughout the county. The traveller may research as to the region they like to visit or explore, and identify a suitable b&b near the place.

Bed and breakfast offers much more varied choices compared to regular properties. However, not all b&b are equal. With hotels, once can expect a fair level of standards even without any independent research. The onus is on the traveller to undertake independent research to determine if the b&b option would meet their requirements in terms of the facilities on offer, location, and other considerations. Seeking out guests who have stayed in the b&b recently, and soliciting their feedback is the best way to get a real idea about the b&b.

Cambridgeshire offer plenty for tourists. The historic town of Cambridge, with its famed university alone draws in thousands of visitor all year round. Cambridge is steeped in history, and moreover has a romantic flair to it.

A visit to the historic King’s Parade is a walk back in time. The Fitzwilliam Museum, the Imperial War Museum which showcases more than 200 wartime aircraft, tanks and other equipment, the Ely Cathedral, which dates back to Norman times, and the Kings College Chapel are some of the stately ancient monuments in Cambridge. The Kimbolton Castle, and Oliver Cromwell’s House, situated some distance away from Cambridge, are other historic places of interest.

Nature lovers would also be at home in Cambridgeshire. Wimpole Estate, a quaint country estate with parkland, the Backs, a lovely green space by the river, and the Cambridge University Botanical Gardens, offers good scope to connect with nature. Brampton Woods Paxton Pits Nature Reserve, and Wandlebury Country Park are other scenic hot-spots in the region.

Holme Fen, UK’s lowest physical point, is in Cambridgeshire. A series of lush undulating hills in the countryside offers a romantic flair to the place. The lush green belt around the city of Cambridge is another attraction.

Cambridgeshire is also famous for spa breaks. There are several spa resorts with hot tubs and swimming pools in the countryside, offering excellent packages.

Cambridge also offers a thriving arts scene. The city hosts Kettle’s Yard gallery. The Wysing Arts Centre at Bourn is another hot-spot for artists, attracting artists from across the globe. 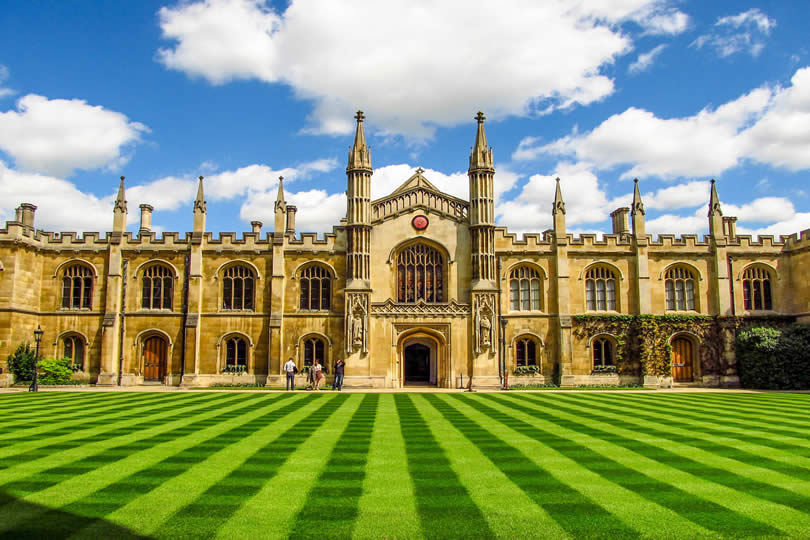 10 Easy Ways to Save in Cambridge England 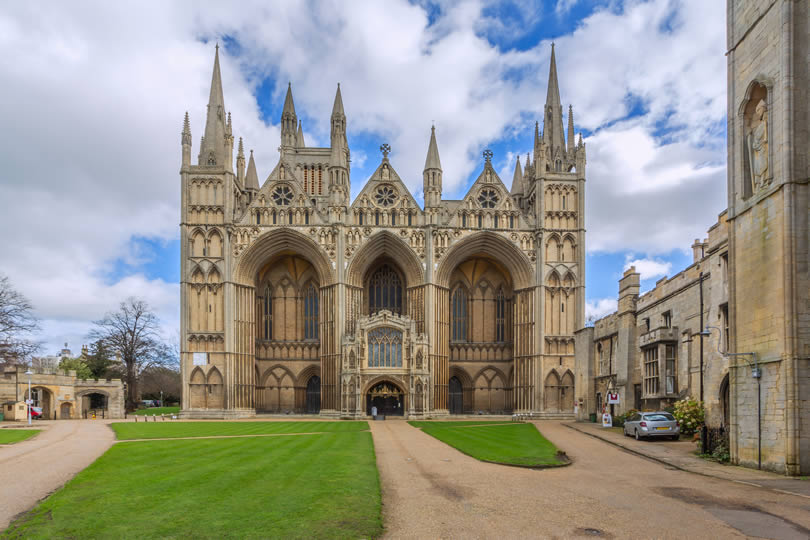