Surrounded by countryside, The Beamish Park Hotel features an award-winning restaurant and luxury bedrooms with flat-screen TVs. Just 10 minutes from Newcastle, there is free Wi-Fi and free parking. The stylish rooms at Beamish Park... read more

Located in the picturesque hamlet of Greta Bridge, this traditional and peaceful 4-star AA hotel is in a beautiful location close to the Tees Valley and Yorkshire Dales. The Morritt Hotel is Teesdale’s hidden treasure,... read more

This historic 17th-century mansion is set in 15 acres of woodland, a 20-minute walk from Darlington town centre. With free Wi-Fi, it features a leisure centre with an indoor swimming pool and a gym. The... read more

Set in 120 acres of parkland, Hardwick Hall Hotel lies in the heart of the beautiful County Durham countryside. Stunning views may be enjoyed across the gardens and lake. Free Wi-Fi is accessible throughout. The... read more

Located on the seafront at Seaton Carew, this comfortable hotel is ideally situated within one mile of Hartlepool Town Centre and in close proximity of businesses around the Seal Sands area. In the evenings, you... read more

Centrally located in the historic city of Durham, Durham Marriott Hotel Royal County boasts views of Durham Cathedral and Durham Castle and is situated on the banks of the River Wear. Each room at Durham... read more

The comfort, space and privacy of your own home, with the services of a hotel, these modern apartments offer the ideal alternative to B&B and hotel stays in Darlington. With great value accommodation for both... read more

South Causey Inn is a friendly, welcoming hotel set in 100 acres within the beautiful Beamish Valley, between Newcastle and Durham. There are well-decorated en suite rooms, and excellent food recently given a ‘Taste of... read more

The 17th-century Old Well Inn is in the town of Barnard Castle, with a traditional cosy bar and spacious en suite rooms that each have a TV and tea/coffee making facilities. The Castle Wall forms... read more

Situated in Stockton-on-Tees, B/W Parkmore Hotel offers stylish accommodation with free WiFi access throughout and on-site public parking free of charge. It features a restaurant and bar with a terrace, as well as a fitness... read more

With a gourmet restaurant, elegant rooms, Judges Hotel is 15 minutes from Teesside Airport. Set in 22 acres of gardens, there is free parking and free WiFi. The hotel comes recommended by the Michelin Guide.... read more

The Three Horseshoes is situated within 10 minutes’ drive of the beautiful city of Durham. With parts of the building over 300 years old, it still retains some quirky, original features. A charming country inn,... read more

Farnley Tower is situated in an elevated position, providing views over Durham Castle, Cathedral and surrounding countryside. The guest house is a prominent Victorian mansion, renowned for its architecture and gardens, with an on-site restaurant... read more

Built in the style of a Manor House making it one of the most distinctive hotels in Northumberland. Overlooking the Derwent Valley, this beautiful hotel is located within easy reach of Newcastle and Durham. Derwent... read more

This 4-star retreat is set just a 5-minute drive from the A1. It has a gym, swimming pool, spa treatments and original 17th-century features. Redworth Hall Hotel is a Jacobean manor house 8 miles from... read more

Immerse yourself in our world. Live the Rockliffe life... Experience the north of England's most iconic resort destination. Set within a beautiful 365 acre estate on the County Durham and North Yorkshire border, Rockliffe Hall... read more

This good-value lodge has easy access by bus to Darlington town centre, 3.2 km away. Junction 59 of the A1(M) is also 3 km away. The 4-star lodge also has free parking and en suite... read more

Holiday Inn Darlington North has free Wi-Fi, free parking, quiet bedrooms with king-size beds and power showers in each room as well as a mini gym for exclusive guest use. It is just off the... read more

Hall Garth Hotel; BW Signature Collection is located just off the A1 at junction 59, set within 70 acres of its own parkland, just outside the historic market town of Darlington. There is plenty of... read more

The county town of Durham, famous for its Romanesque cathedral, is a World Heritage Site. The Norman castle has been a university campus since 1840, but guided tours are available, and it also houses one of the many hotels in the city.

Alternatively, why not go for chic boutique style, or book a spa break, a popular trend right now? If you prefer something cheaper, look for a less-central b&b. In and around the area, you’ll find plenty of outdoor activities or cultural attractions such as the Mining Museum, the Palace Green Library housing the University’s special collections (open to the public), Durham Heritage Centre, and just nine miles away, the Beamish Open Air Museum.

As well as Durham, the region is home to several other historic cities with a romantic feel. Darlington, a substantial market town with a compact pedestrianised centre, and plenty of opportunities for a spot of retail therapy, was originally developed with finance from local Quakers.

Their support led to the birth of the Stockton and Darlington Railway and the first steam locomotive, and it subsequently became a significant manufacturing centre for the rail industry. The Head of Steam museum explains the history and displays old engines, while other attractions include iron age fortifications and several nature reserves. Choose from a variety of accommodation options, from luxury hotels with spas, to cheaper bed and breakfast.

Hartlepool, on the coast of the North Sea, was founded in the seventh century around a monastery, and in the Middle Ages was County Durham’s official port. The town prospered again with the facility to transport coal by rail, and through its thriving ship yards. Subsequent decline was followed by redevelopment of the docks, with the new interest from tourism leading to a demand for accommodation, whether upmarket, boutique or budget hotels, or b&bs.

Twelve miles away, the town of Easington Colliery has a proud history of coal mining, and lists the names of those involved in pit accidents. Take a circular walk from the car park over the railway and along the coastal path for breath-taking views.

Standing above the River Wear with fantastic views of the countryside around it, the busy market town of Bishop Auckland has also suffered from the loss of coal mines, and from rail cutbacks. It still offers visitors plenty to do, such as the new Mining Art Gallery, and places to stay, with a choice of self-catering apartments and houses, cheap bed and breakfast, and hotels.

The Pennine Hills run from the north of England southwards through impressive and romantic country, and the 772 square miles of the North Pennines have been recognised as both an Area of Outstanding Natural Beauty, and a UNESCO European and Global Geopark, the UK’s first. A Stargazing Festival takes place every autumn under night skies free of city lights, with everything from b&bs to spa hotels ready to welcome enthusiasts.

Discover the traditional stone-built houses of Allendale, twice winner of Village of the Year for England. Find a cheap self-catering property or bed and breakfast in the Allen Valley, and see in the New Year in the village – witness barrels of blazing tar being carried on the heads of villagers, to rid the coming year of evil spirits!

Explore the Killhope lead mining museum close to Cumbria’s border, or picnic over the thousand acres of the Derwent Reservoir on the boundary with Northumberland, where walking for all includes wheelchair-accessible trails. Hotels in the wider area include budget chains and privately-owned b&bs for a cheap option.

Pretty Blanchland, also on the Northumbrian border, consists of stones from the twelfth-century abbey worked by French canons in white habits – hence the village’s name. The Abbot’s house, now the Lord Crewe Arms, once concealed a Jacobite rebel behind a fireplace – just one of the many facts to discover in County Durham. All you need to do now is to find your accommodation! 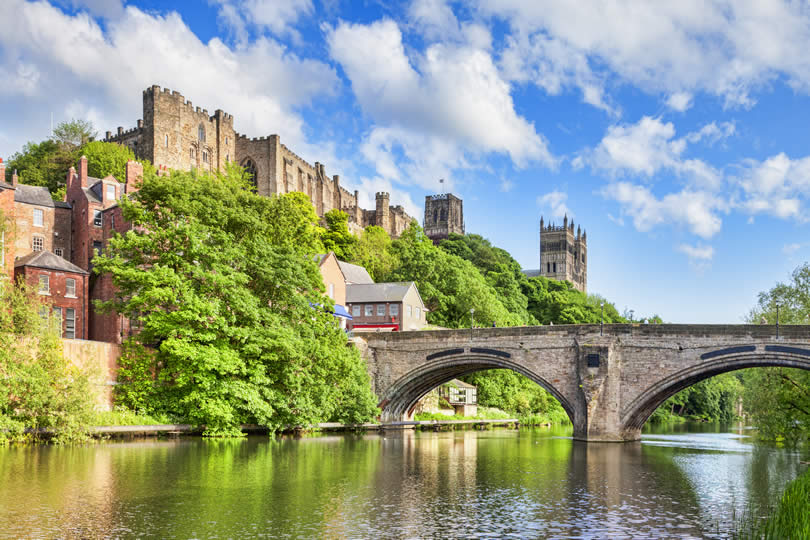 10 Ways to save on a trip to County Durham 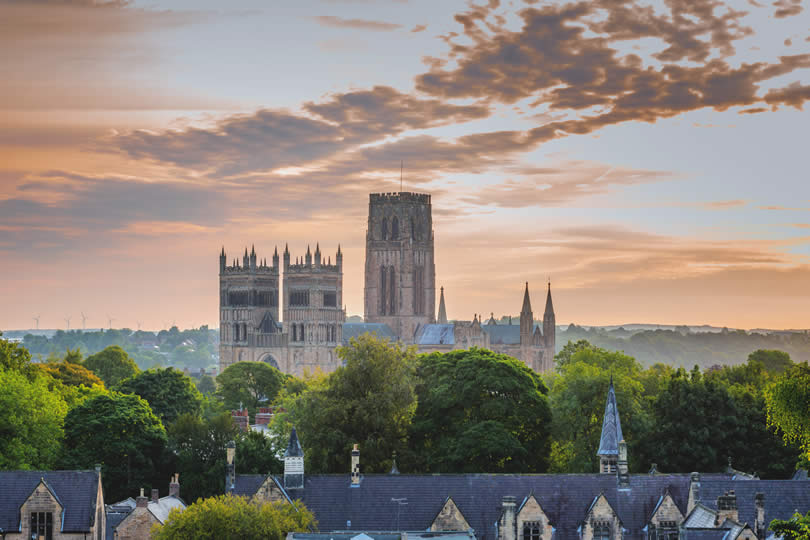 Durham UK : a budget guide to help you save 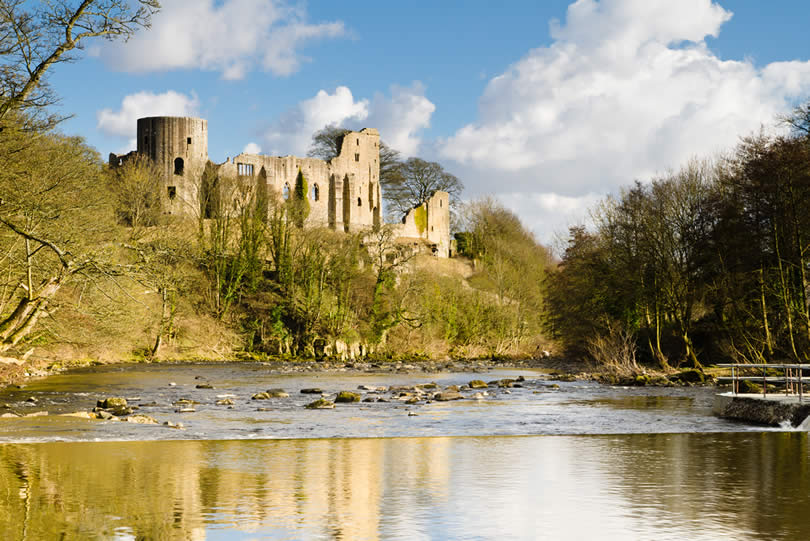 7 Things to do in Darlington UK on a Budget 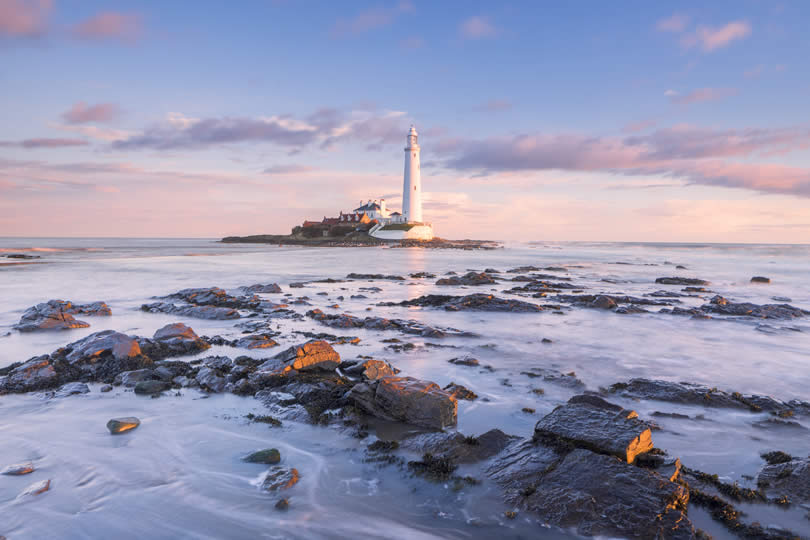